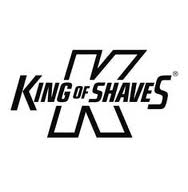 Alas, our final instalment from our trip to the Entrepreneur Country Forum this week.  We have been sharing a few snippets and learnings from some of the new speakers that stood out for us, read where it started  here.
Will King from King of Shaves
I have met Will on numerous occasions, and anyone who has met him will know how much of a character he is. This character is critical to how Will uses social media. The emphasis here is how Will uses social media… he had never outsourced it. He manages his twitter feeds himself. Listening and responding to his consumers in real time.
Some might believe that this is too resource heavy as the CEO of a multi-million pound business. The truth is, it might be for your business – but for Will it is fundamental to his objectives. Will has built his business around his consumers: his innovation, product development and strategy is consumer centric. Living this mantra, he uses twitter expertly to know and understand what his consumers think and feel about his brand.
Some of the people that know me might be surprised to see me writing so positively about social media. Any frustration you have heard me express is not with social media – this would after all be a tad hypocritical being a regular tweeter myself. My frustration is with any suggestion that social media is the ‘answer’ to marketing. I agree that this technology has revolutionized the media landscape because now we have the ability to listen and interact with consumers via social channels, not just shout at them as with traditional media. BUT it remains just another channel (or rather several), and critically, we must approach it as with all marketing communications… with your objective first. Will’s objective is to use twitter as a constant microphone to listen, in order to respond and do better. Clear objective equals brand and business benefit.
Due to the accessible nature of social media it is inevitably one of the first marketing channels used by start-ups and small businesses, but the trick is to sit back and think what it is you want to achieve first. Do you want to build your brand personality? Reach more potential consumers? Show how useful you are? Considering your reason for using any media is the golden rule to getting the best from it. As part of his keynote Will was also asked the age old question of ‘Facebook or Twitter?’ this was our favourite quote from Will he simply said “Go where the fish are; go where your fish are”.
And finally, it would simply be rude of me not to refer to one of the best pieces of viral video ever created – The King’s Speech. A Parody for King of Shaves. King of Shaves lives and breathes the challenger brand Eat Big Fish philosophy: I have huge respect for the personification of Gillette as ‘arch enemy’, and Will has developed a brand personality that epitomizes the EBF lighthouse identity. Acting as a true challenger brand the video is ruthless, hilarious, and brilliantly executed. With a clear objective of driving awareness for their new razor – it delivered, and has become a best practice example of viral video spread via social media.
Yearning for another entrepreneur meet up soon? Our next informal networking event is on October 18th, 7pm in London. We are focused on getting entrepreneurs together to collaborate and help each other. For this next event we have Tom Mercer, the founder of Moma Breakfasts, kicking off proceedings with his start-up story. Read more about our events here, and register for October 18th here.